A study conducted by the University of Exeter has just proven that beet juice promotes a healthy oral microbiome which, in turn, helps combat aging whilst improving stamina, immunity, blood vessels, and brain function!

This post is certainly worth a quick read! And, if you get all the way to the end, there's a nice 💰 waiting for you!

If you're not consuming at least 300 mg (preferably 500 mg to 600 mg) of dietary nitrates per day, then you really are missing out on an EASY, QUICK, & LONG LASTING health and performance improvement opportunity. What else more could you ever want?

A recent study conducted by the University of Exeter (published in Redox Biology) shows that consuming beet juice powder is strongly linked to a healthy oral microbiome which, in turn, promotes youthfulness, healthier blood vessels, and better brain function!

If you’ve been following us for a while, then you already know that beetroot juice is loaded with inorganic nitrates. When you drink these nitrates, your oral microbiome converts them into nitric oxide, a gas which helps in the regulation of your blood vessels, tissue oxygenation, and cerebral neurotransmissions (chemical messages).

Check out the bottom of this post to learn more about the unique, nitrate enhancing ingredients in our PureClean Performance products and/or to grab our Power of Beets informational pdf guide.

Let’s take a closer look at the study!

“We are really excited about these findings, which have important implications for healthy ageing,” says Professor Anni Vanhatalo, of the University of Exeter. “Previous studies have compared the oral bacteria of young and older people, and healthy people compared to those with diseases, but ours is the first to test a nitrate-rich diet in this way.”

“Our findings suggest that adding nitrate-rich foods to the diet—in this case via beetroot juice—for just ten days can substantially alter the oral microbiome (mix of bacteria) for the better. This is important because your ability to produce nitric oxide (due to ageing) can decline by as much as 75%, which means decreased stamina, weakened blood vessels, and lame cognitive health and performance.

“Systolic blood pressure dropped on average by five points (mmHg) after drinking the beetroot juice. Maintaining this healthy oral microbiome [though beetroot juice consumption] in the long term might slow down the negative vascular and cognitive changes associated with ageing. What makes this exciting is that our participants were healthy, active older people with generally good blood pressure,” Professor Vanhatalo stressed.

What is the best way to consume beets? 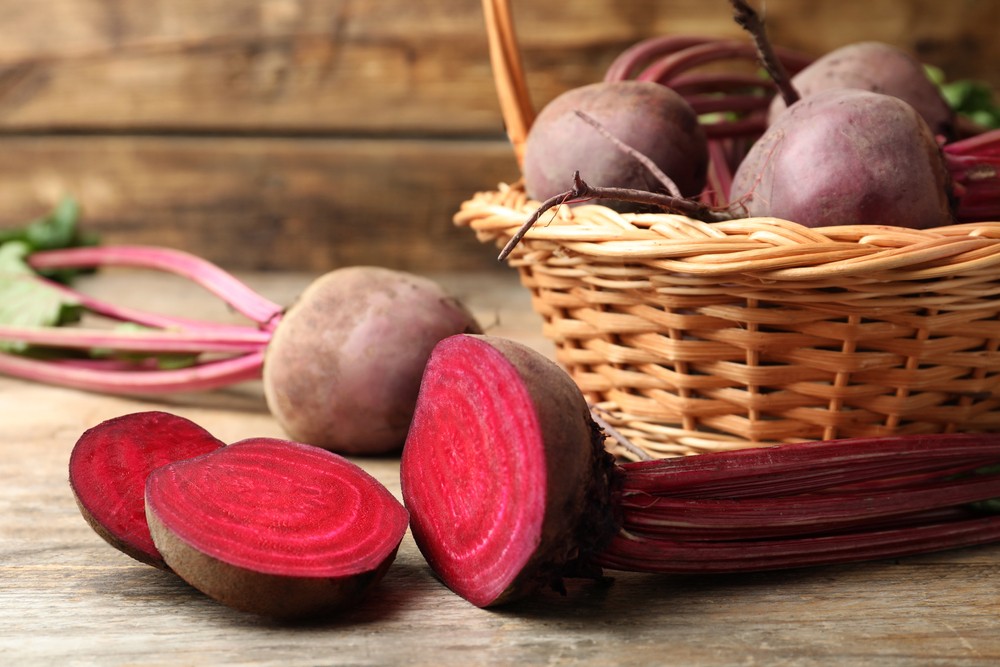 You can consume beets everyday; however, the time, expense, sugar content and low nitrate-content of most beets makes eating them a poor choice. A much better solution is to choose our physician-formulated, beet-infused PureClean Performance formulas.

You will fuel with 500 mg (a sufficient daily amount) of supplemental dietary nitrates when you take two servings of any beet-infused, PureClean Performance product. Our products are also synergistically formulated to enhance the effect of the nitrates inside your body for superhuman results (lucky you!).

Hey, thanks for reading all the way!

Since you did, please be rewarded with 10% OFF any (or all) of our nitrate enhancing formulas!

Here are the synergistic ingredients we use in our formulas for boosting the effects of nitrates inside your body:

BEET'UMS™: contains cocoa flavanols, mango fruit extract and remains in the mouth (more time for the oral microbiome to work its magic!) for a stronger effect.

For more interesting beet juice information, download our Power of Beets pdf guide  and/or read the abstract of the study below!

The human alimentary canal hosts a major microbial ecosystem and the metabolic outputs of these microbes make a significant contribution to host physiology. The symbiotic role of the gut microbiota as a modulator of physiological and cognitive health is well-established [1,2] and cross-sectional studies indicate that a perturbed oral microbial community and poor dental health are associated with impaired cardiovascular and metabolic health [3]. However, relatively little is known about the mechanisms that underlie the host-oral microbiota axis as a potential modulator of human health. One mechanism by which the oral microbiota may influence human health is its contribution to the production of the signalling molecule nitric oxide (•NO), which regulates vascular tone, mitochondrial respiration and neurotransmission among many other functions [[4], [5], [6], [7]].

Some facultative and obligate anaerobic oral bacteria reduce nitrate to bioactive nitrite, a key precursor to •NO [8]. Vegetable-rich diets, such as the Mediterranean and ‘Dietary Approaches to Stop Hypertension’ (DASH) diet, are abundant in dietary nitrate and oral bacteria play a key role in the pathway of •NO production from such dietary nitrate. This is particularly important in older age, where the capacity for endogenous •NO production via the canonical enzymic •NO synthase pathway has declined [9,10]. Low •NO availability contributes to the development of arterial hypertension, reduced physical and cognitive functional capacity, and increased morbidity [11,12]. The important role of oral bacterial nitrate reduction as a parallel pathway for endogenous •NO production is demonstrated by studies showing that use of bactericidal mouthwash acutely reduces systemic •NO bioavailability and elevates blood pressure [13,14], and that chronic, frequent use of mouthwash is associated with elevated risk for type II diabetes [15]. Conversely, increased consumption of dietary inorganic nitrate elevates •NO bioavailability and reduces blood pressure [[16], [17], [18]], improves skeletal muscle contractility [19,20] and exercise efficiency [21,22], and enhances brain perfusion and cognitive function [23,24]. Elevation of •NO bioavailability via dietary means, therefore, potentially represents a powerful therapeutic to attenuate cognitive and cardiovascular decline associated with aging [25].

Inorganic nitrate is emerging as an effective intervention to alter the oral microbiome. As a prebiotic dietary intervention, nitrate appears to increase the abundances of bacteria belonging to Neisseria and Rothia genera [[26], [27], [28]] and decreases abundances of Prevotella and Veillonella species [27].

The purpose of this study was to determine 1) which co-occurring modules of bacteria in the salivary microbiome of healthy older people were sensitive to dietary nitrate intake, 2) which co-occurring oral microbiome modules correlated with cognitive and physiological traits across dietary interventions with placebo and nitrate, and, 3) which nitrate-sensitive modules represent key biomarkers, and thus probiotic targets, for enhancing cardiovascular and cognitive health. We established eight distinct modules of co-occurring bacteria and revealed profound alterations in relative abundances of specific members of these clusters following dietary nitrate supplementation. We identified several significant correlations between oral bacteria modules and indices of cognitive and physiological function, which represent promising avenues for translational research into biomarkers and therapies for cognitive and cardiovascular impairment in older age.